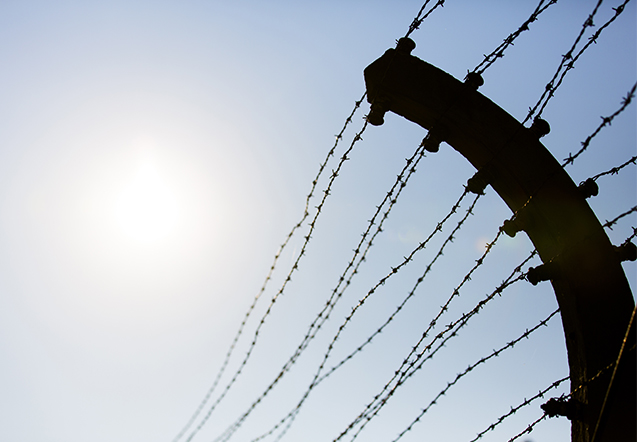 View all posts by

January 27, 1945, three in the afternoon, Auschwitz. A chilly day of a particularly harsh winter. The gates of the Polish death camp are torn down by the Red Army during its rapid advance from Vistola to Oder. At the head of the department it was Marshal Konev who first entered the lager.

January 27, 1945, three in the afternoon, Auschwitz. A written sign, “Arbeit macht frei”,welcomes the soldiers of the Red Army. Through their eyes the world will come to know how hell is made, and will never be the same.

January 27, 1945, three in the afternoon, Auschwitz. A liberation that has nothing joyful for those in Auschwitz who managed not to lose their lives; there are in fact too many mixed feelings of the survivors, the humiliation, the madness, the shame of being saved, the mistrust in mankind. Primo Levi tells us about it well.

A horror that touched everyone, including Belluno. Maybe not everyone knows that 983 people were deported from the province, of which 882 natives and about a hundred from outside. An articulate and complex framework, that of the deportation in the Belluno area, as explained by Professor Enrico Bacchetti of the Historical Institute of the Resistance and of the Contemporary Age-ISBREC, the leader of a research project aimed at the reconstruction of the history of those who, in the territory of Belluno, have known deportation and imprisonment.

During the conference entitled “Towards a historical biographical dictionary of deportation in the confines of Belluno”, held at the headquarters of the State Archives of Belluno on January 26, 2014, Professor Bacchetti insisted on the importance of studying the phenomenon of deportation: “Historians have been wondering for years about how many actually were deported in World War II”- says Professor of ISBEC – “maybe 10 or 12 million. But they are only figures that are the result of estimates, based on the documentation of the coffers of the lagers”.

The purpose of this research work is to approach the exact numbers starting from the local history, to build a historical geographic dictionary which is configured as a monument of paper due to those who paid such a high price  of war. Hence the appeal to all the inhabitants of the province of Belluno: collaborate in the construction of this important research through your memories of your families, of your acquaintances. Only in this way you will be able to to build a document as complete as possible, which can give a precise idea of ​​the phenomenon of deportation in the province of Belluno.

January 27, 2015, Belluno. An invitation to participate actively, collaborating to keep alive the memory of the Holocaust because “things that are forgotten” says Mario Rigoni Stern “may return”.

View all posts by